It's written in 100% Natural and can be used in any Natural environment (LUW, Mainframe). There's no need to have NaturalONE, a web server, or any other additional component. It's all plain Natural!

However, if you want, NatUnit can be integrated into NaturalONE and even in a Continuous Integration build process, e.g. with Jenkins. 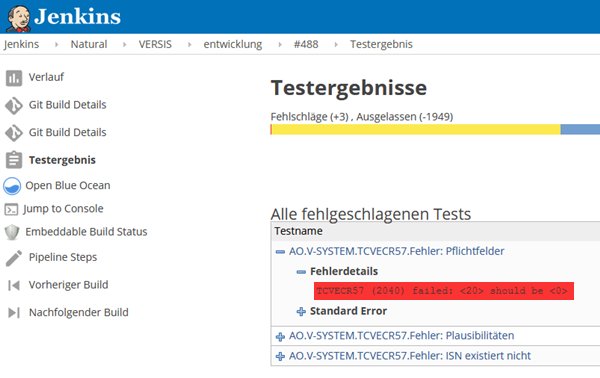 A basic TestCase with one Test and one Assertion

The subprogram's name should start with TC to distinguish them from other modules, but this is only a convention. NatUnit itself doesn't care about names and only checks the aforementioned conventions like PDA usage etc.

Here's a basic TestCase that should be pretty self-explanatory.

You can run a single TestCase with NUSINGLE. 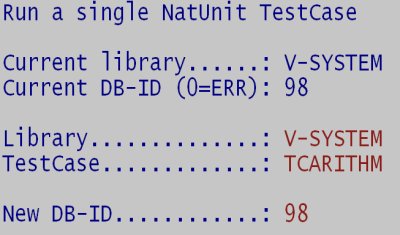 If all Tests are successful, the result looks like this:

Every dot (.) stands for a successful Test. If you change the Assertion to this:

The Test will fail and produce a different output (F for failure):

And after you press Enter, the following message explaining the failure including actual (11) and expected (12) values and the Natural line number (26) of the assertion in TCARITHM will be shown:

You can now correct your code and run the same TestCase over and over again simply by pressing Enter.

You can download NatUnit for free (please respect the license: LGPL) from GitHub: AlteOldenburger / NatUnit.

The following User Exits are used by NatUnit and have to be present.

The repository contains a working project for NaturalONE that you can directly import into your workspace. 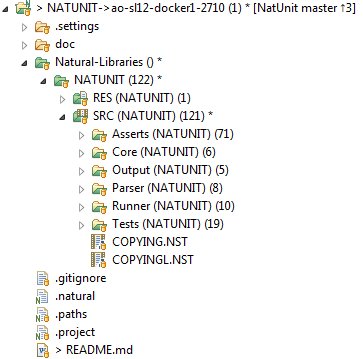 If you want to integrate the framework into your Natural environment, simply copy the source files to a library of your choice and catalog them on the server.

You can run TESTNU to execute NatUnit's internal tests. If they all pass, the framework works as expected and you're good to go!